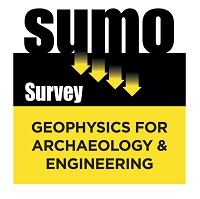 SUMO Geophysics is the most experienced archaeological geophysics in the UK. We were the first geophysics group to become a Registered Organisation. We specialise in magnetic surveys hand-held, cart and ATV towed systems and GPR with a wide range of antenna frequencies and multi channel systems to cover all situations. As part of the SUMO group we also offer topographic, measured building and utility surveys. Aerial-Cam, under the direction of Adam Stanford, is now a SUMO Group member. We also provide forensic geophysical support to police forces in the UK and to the Independent Commission for the Location of Victims Remains in Ireland. Achilles UVDB and CHAS accreditations, membership of The Survey Association and the EuroGPR. We currently provide geophysical and aerial surveys to Time Team; Dr John Gater has been involved with the series since since 1993.